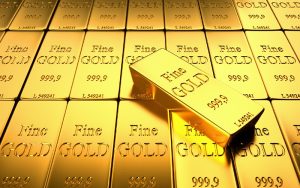 â€œAlthough the Federal Reserve raised U.S. interest rates on Wednesday as widely expected, concerns over low inflation in the U.S. stole the show, ultimately punishing the greenback,â€ says Lukman Otunuga, research analyst at FXTM. In the euro-zone, both the Bank of England and the European Central Bank (ECB) left interest rates unchanged at record low levels.

Meanwhile, better-than-expected retail sales are weighing on Gold after the Commerce Department reports U.S. retail sales increased by 0.8 percent during November. In addition, overall sales for October were revised up from 0.2 percent to 0.5 percent.

â€œIt was a strong start to the holiday shopping season for U.S. retailers, with November sales blowing past expectationsâ€¦,â€ said Andrew Grantham of CIBC Economics.