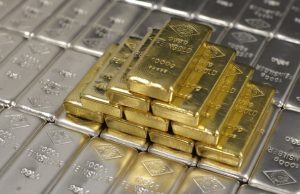 Analysts say Gold may have established a significant bottom as we head into 2018, after the yellow metal bounced at $1238.

When using technical analysis, the $1238 level is the 78 percent retracement from Goldâ€™s highest price this year of $1363. This may be another instance where Gold bottoms late in the year and rallies into the New Year.

Meanwhile, doubts are beginning to surface among lawmakers about whether the reconciled tax bill has the votes to pass Congress. The Republican led Congress is trying to rush the tax-bill through before seating the newly elected Democrat from Alabama.

The rush to get legislation to the president’s desk before Christmas is adding to the political uncertainty surrounding the tax-bill.

“The overall process of overhauling the tax bill is not in peril. That said, even if the tax bill is passed and becomes law, the positive impact on the dollar could be limited as the market has already priced in such a scenario for the most part,” said Shin Kadota, senior strategist at Barclays in Tokyo.