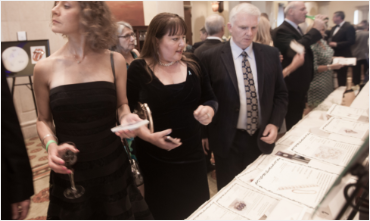 Our company founder and president, Silvano DiGenova, has literally traded hundreds of millions of dollars via auctions. As the former CEO of Superior Galleries of Beverly Hills, Mr. DiGenova led a team of professionals at the oldest and largest rare coin auction house in California. In 2005, the State of California entrusted him to be the official auctioneer for unclaimed property with a two-year contract.

Our highly-qualified team consists of awarding winning catalogers and rare coin specialists, and they experience and training at several world-famous auction houses, such as Sotheby’s, Bowers and Merena, and Heritage Auctions.

In addition, Tangible Investments buys and sells at all major auction houses throughout the United States, Europe, and Asia. We have a constant presence at auction firms such as Bonhams, Sotheby’s, Christie’s, IM Chait, Heritage, Stack’s Bowers, and many others. Due to the sheer volume of our auction business, we are afforded special rates and incentives rarely offered to individuals.

Whether buying or selling, it is in your financial best interest to speak with us first. We will select the proper venue for you, and provide you with a settlement package far better than you would receive by dealing directly with any major auction house.