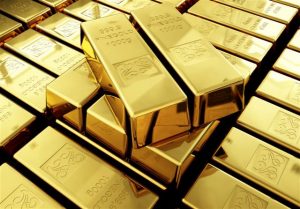 Gold rose in early trading on Friday as the dollar fell to near 3-year lows on increased fears of a U.S. government shutdown. The dollar remains on pace to post its fifth straight weekly loss, its longest drop since April-May 2015, say analysts at Brown Brothers Harriman (BBH).

“Any government shutdown that persisted into [next] week would breed the type of uncertainty that can rattle investors’ confidence,” says Greg McBride, head analyst at Bankrate.com.

â€œSentiment remains bearish towards the Dollar with further downside on the cards, as political uncertainty in the United States weighs heavily on the currency,â€ said Lukman Otunuga, research analyst at FXTM.

The House voted late Thursday to keep the government funded through mid-February, the matter now rests in the Senate. Should the Senate decide to pass the legislation, it then goes to President Trump’s desk for his signature.

Meanwhile, ANZ Bank, one of only four foreign banks permitted to trade Gold in China says that “Reports from Chinese jewelers suggest demand leading into this year’s Lunar New Year is strong.” The market-maker adds “Signs of positive physical demand in China continue to provide some support for prices.”

Chinese consumers are stocking up for the Lunar New Year which starts Feb. 16.