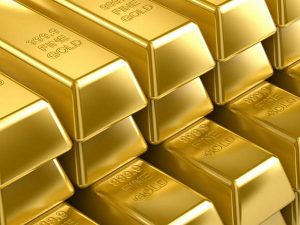 Gold edged higher in early trading Monday as the dollar held above three-year lows following the government shutdown on Saturday.

“We did see Gold reach four-month highs last week on fears an agreement wouldn’t be reached and indeed that came to pass. The fact that Gold is a bit soft this morning suggests it was largely in the price,” said Mitsubishi analyst Jonathan Butler.

Lawmakers attempted to break the impasse that caused the shutdown, on Sunday, with a short-term funding deal but that failed.

Senate Minority Leader Schumer said that lawmakers “have yet to reach an agreement” on a measure to re-open the government. Majority Leader McConnell has scheduled another vote at 12 p.m. today that would fund the government through Feb. 8 and end the shutdown.

Meanwhile, Standard Chartered analysts see Gold averaging $1,324 an ounce in 2018, but with the potential to hit multi-year highs. Analysts put the high end of the range for the yellow metal at $1,450 an ounce.

â€œNot only do we believe the price risks for Gold are skewed to the upside in 2018, we think Gold prices could test five-year highs amid continued geopolitical and political uncertainty,â€ say analysts in a recent report.

â€œGold has found support at increasingly higher levels over the past year, and the physical market has adapted to a higher price environment.