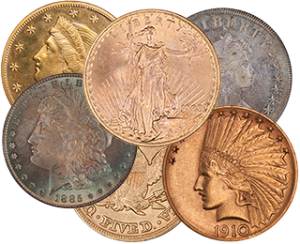 Collecting and Investing in Rare Coins 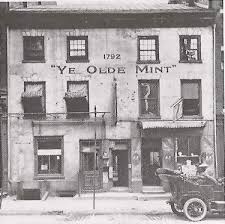 Coin collecting is one of the oldest hobbies on record. At least two United States Presidents, Thomas Jefferson and John Quincy Adams, had a keen personal and professional interest in coin collecting. Adams, who served as President from 1825 to 1829, not only collected but studied coins and used his knowledge to help guide the development of early American currency.

From the 15th century onwards, coin collecting became a hobby of kings and nobles, who employed agents to scour Europe and Asia for coins of beauty. Numismatic research was actively encouraged by aristocratic families and a major trade in coins began, fuelled by waves of excavations of ancient sites. King Louis XIV of France possessed a collection that he carefully watched over and attended to each and every day.

American colonial, U.S. currency and coins cover a period of four centuries, from1620 to the present. In addition to commodities exported to Europe from early America , coinage was eagerly sought and highly collected by a very well established collector base. Many of the finest rare coins from the early production of the US mint in 1793 have been preserved in these overseas collections and today have found their way back to the collectors here in the U.S.

"We believe that numismatic education is like preventive medicine – the more knowledgeable collectors, investors and dealers are, the better off our hobby will be both now and into the future." Professional Numismatic Guild

Today, coin collecting is a hobby embraced by people of all backgrounds, including a surprising number from the worlds of entertainment, sport and politics. President Franklin D. Roosevelt was also a dedicated amateur collector, as was his Secretary of the Treasury, Henry Morgenthau, at a time - the 1930s - when the popularity of both coin and stamp collecting soared in the US. Some of the most impressive coin collections in the world were brought together by wealthy private individuals or families. Baltimore businessman Louis E. Eliasberg Sr actively collected coins from the mid-1920s until his death in 1976. He was the only person ever to assemble a complete collection of circulating United States coins by date and mint mark.

Some of the world’s wealthiest families have strong associations with the coin collecting world. The Rothschild dynasty began in the 1760s with Mayer Amschel Rothschild, whose early investment in rare coins gave him his entry into banking services. A century later, T. Harrison Garrett, proprietor of the Baltimore and Ohio Railroad, began a significant collection that was continued by his sons Robert and John. More recently, the Farouk dynasty that ruled Europe from 1936 to 1952, collected an estimated 8,500 medals and gold coins Among entertainers who have listed coin collecting among their hobbies, actor Buddy Ebsen of ‘The Beverly Hillbillies’ fame had one of the most impressive portfolios. Other actors to embrace the hobby over the years include Joan Crawford, Kate Hudson and also James Earl Jones. Probably the most famous sportsmen to embrace the hobby are ice hockey star Wayne Gretzky, baseball ace Andre Dawson and renowned NBA star Kareem Abdul- Jabbar.

Investing in Rare Coins is a rewarding Experince

Investing in rare coins can be a rewarding experience for anyone who approaches it with the right attitude and deals with an experienced dealer. The best advice is to use common sense and consider the track record of the dealer whose recommendations you consider. Here at Tangible Investments we have a wealth of experience and are proud to have assembled many outstanding U.S. coin collections. One notable example is the Cardinal Collection of U.S. early silver dollars in which we provided the key 1794 silver dollar in Mint State 64 condition. Start today by contacting one of our experienced numismatists and begin your journey into the historical and profitable world of rare coins.Even a small allocation of rare coins provides good diversification for a well- diversified portfolio.