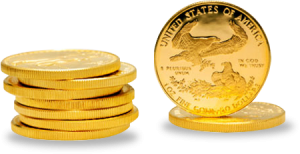 Gold extended losses to two-month lows in early trading on Wednesday after ADP reported 190,000 jobs were created in November. Last month’s employment growth in the Private sector was in line with expectations, but investors still await the Jobs Report on Friday.

Also weighing on Gold is the expectation that the Fed will hike interest rates at the policy meeting next week. The dollar gained strength ahead of a potential vote on the tax plan this week, but a government shutdown looms.

“A shutdown in the government should be positive for Gold but that could be temporary because no one really expects the U.S. to default,” said Capital Economics commodities economist, Simona Gambarini.

President To Move US Embassy To Jerusalem

Meanwhile, President Trump announced plans on Tuesday to recognize Jerusalem as the capital of Israel. The President also plans to move the American Embassy to Jerusalem. The president’s announcement set off a firestorm of protests in the Middle East.

The decision would alter nearly seven decades of American foreign policy and will likely support safe-haven Gold for the long term.

â€œThe price is finding some support at least from reports from the U.S. that President Trump is planning to move the U.S. embassy in Israel to Jerusalem and to recognize the city as Israelâ€™s future capital,â€ says Commerzbank. â€œThis could spark renewed conflict in the region.â€