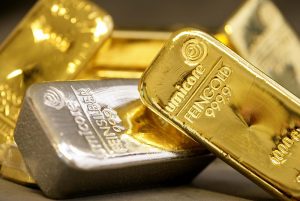 The House passed the measure on Tuesday but must return today, due to a procedural error, for a final vote. Expectations are that it will pass once again. â€œPassage has been widely expected for days, and so the market reaction today has been largely muted,â€ said Brown Brothers Harriman.

â€œWith the package coming in pretty much as expected, the main question is how this bill will impact the midterm 2018 elections. Polls show widespread skepticism over the benefits of the bill for the middle class.”

Meanwhile, South Korea is calling on the U.S. to hold off on planned joint military exercises until the Winter Olympics is over. South Korean President Moon Jae-in is offering this to North Korea as an olive branch before the Olympics.

“If North Korea stops its provocations leading up to the Pyeongchang Olympics, it will greatly help in holding a safe Olympics,” said President Moon. “Also, it will help in creating conducive atmosphere towards inter-Korean as well as U.S.-North Korean dialogue.”

In China, both low prices and concern over war breaking out on the Korean Peninsula, have spurred demand for physical Gold and pushed premiums to nearly $11 an ounce.