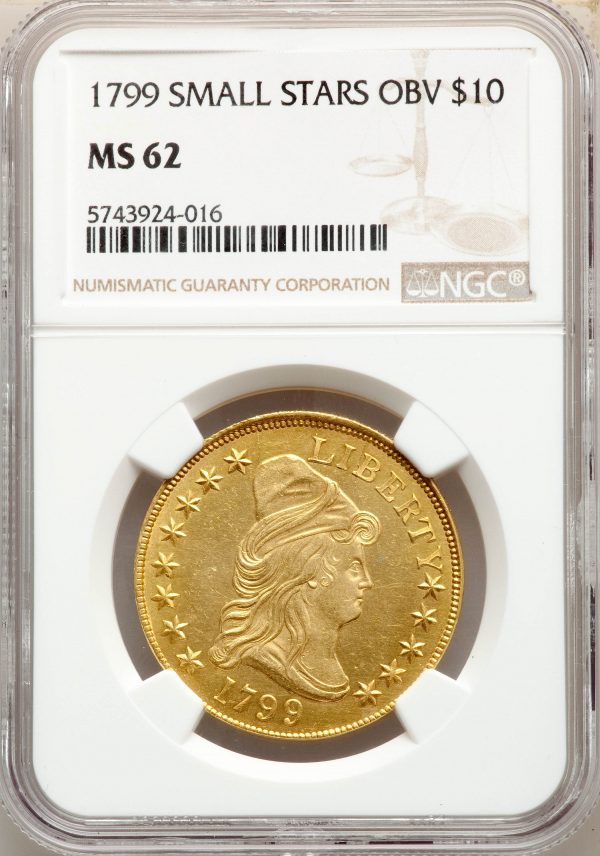 With virtually all design elements sharply to fully defined, this is an exceptionally well preserved early eagle. Both sides exhibit medium gold patina.

Very Little amount of wear with much of the original satin to modestly semi-prooflike finish can be seen under a light.

Type and Style: Type II: Capped Bust Right, Heraldic Eagle. Style VI: Head of 1795 with 13 small stars arranged eight left, five right; Reverse of 1799 with 13 small stars in the field below the clouds and a short, thick neck on the eagle. The head and eagle punches are attributed to hubs prepared by Robert Scot.

Die Variety: BD-3, Taraszka-15, Breen 1-A, HBCC-3184. This variety represents the only use of this obverse die in the Capped Bust Right eagle series and the third of four uses of this reverse die. On the obverse, the date is wide with even spacing between the digits. Star 9 is close to, but does not touch the letter Y in LIBERTY, and star 13 is also close to the end of Liberty’s bust. Star 1 presents two points to the lowermost hair curl, and close inspection with a loupe reveals a tiny die rust lump in the field to the right of the midpoint of the letter R in LIBERTY. On the reverse, the lowermost arrow head is under the extreme left edge of the letter N in UNITED, a leaf tip just touches the center of the letter I in UNITED, the lowermost berry is centered under the final letter A in AMERICA, and there are small die rust lumps between the letters UN in UNITED and within the top of the N. The faint, jagged die line that usually bisects the letter O in OF on coins struck from this reverse die is no longer present on this coin due to the late die state (see below).

Here you can find all of our U.S. Coins currently available online.

Please contact us if you have any questions or if you are looking for anything you do not currently see online.

We add new inventory regularly so be sure to visit our home page regularly for new items.

There are no reviews yet. 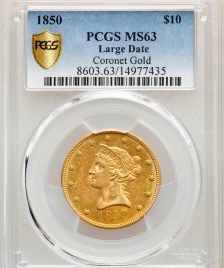 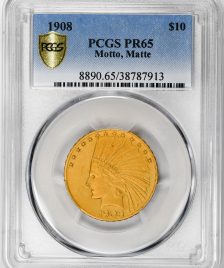 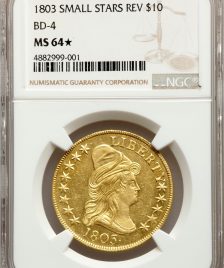 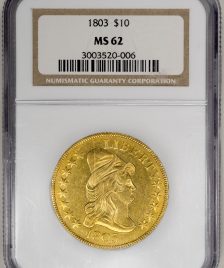 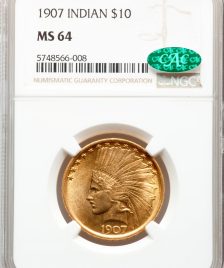