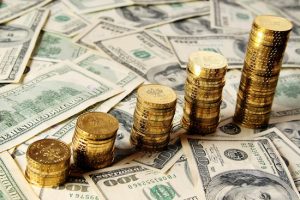 Gold is lower in early trading Monday, weighed down by the tax plan passed early Saturday morning by U.S. Policymakers.

According to INTL FCStone analyst Edward Meir in a note, the tax bill should not have much short term impact on Gold. â€œETF investors had bought large quantities of Gold on Friday, presumably ahead of the Senate vote [on tax-cuts],â€ says Commerzbank. â€œThe Gold ETFs tracked by Bloomberg recorded inflows of 12.6 tons, their highest in three months.â€

Meanwhile, safe-haven Gold is expected to get a boost from the war games the U.S. is now staging near South Korea.Â  The display of strength to neighboring North Korea features hundreds of aircraft including two dozen U.S. stealth jets.

The exercises have been dubbed Vigilant Ace, and come amid tensions sparked by Kim Jong Un missile and nuclear tests. The war games will run until Friday and come less than a week after North Korea tested an apparent ICBM. That’s an intercontinental ballistic missile and North Korea threatens to arm it with a mini-hydrogen bomb they’ve also been testing.