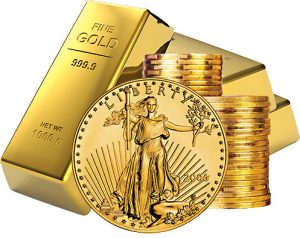 Gold hit two-week highs in early trading Thursday and continues to trade in narrow range following passage of the Tax-Bill.

“We’ve seen a ‘sell the fact’ fall-back in the dollar and equities since the passing of the tax reform legislation, which has helped give some support to Gold,” says Mitsubishi analyst Jonathan Butler.

“But Gold has failed to break out above $1,270, suggesting market participants may be cautious about taking big positions as we approach the year-end.”

The yellow metal is up nearly ten-percent for the year, showing its resilience while global stock markets have reached record highs. Fresh tensions in the Middle East are also bolstering Gold, says commodity brokerage SP Angel.

â€œThe rising precious metal may factor in geopolitical tensions as U.S. President Donald Trump threatened to cut off financial aid to countries that vote in favor of a draft United Nations resolution calling for the United States to withdraw its decision to recognize Jerusalem as Israelâ€™s capital,â€ said SP Angel.

Bitcoin Could Lose To Gold

Meanwhile, according to Peter Schiff, CEO of Euro Pacific, it could be Gold that takes down Bitcoin. â€œWhen people who have been buying digital Gold decide they want the real thing and [t]hey want to make the switch, thatâ€™s impossible. [T]here is no way a significant amount of money can get out without imploding the entire [bitcoin] market,â€ says Schiff.